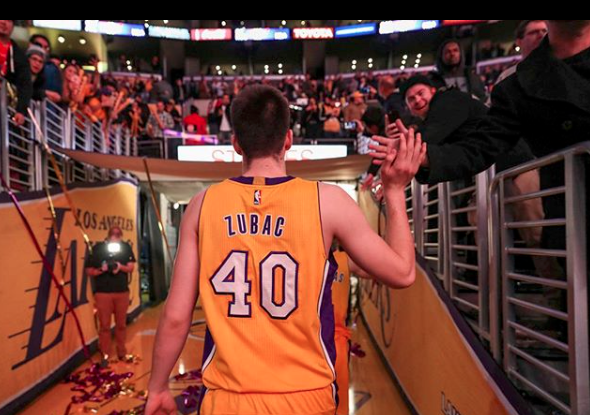 The Los Angeles Lakers have traded their 21 year-old Croatian to the Los Angeles Clippers Thursday afternoon. Zubac will now head down the hall at Staples Center and play center for the Clippers with four months remaining on his rookie contract. This summer, Zubac becomes a restricted free agent which means the Clippers can match any contract another team offers him.

Zubac was playing the best basketball of his life over the past two months and will add size to a Clippers side which just traded Tobias Harris and Boban Marjanovic to the 76ers. He should receive ample playing time for a Clippers team that is on the brink of making the playoffs, currently sitting in eighth place in the West.

I chatted with Zubac hours after the trade. He simply said, “I’m just happy to stay in LA.”