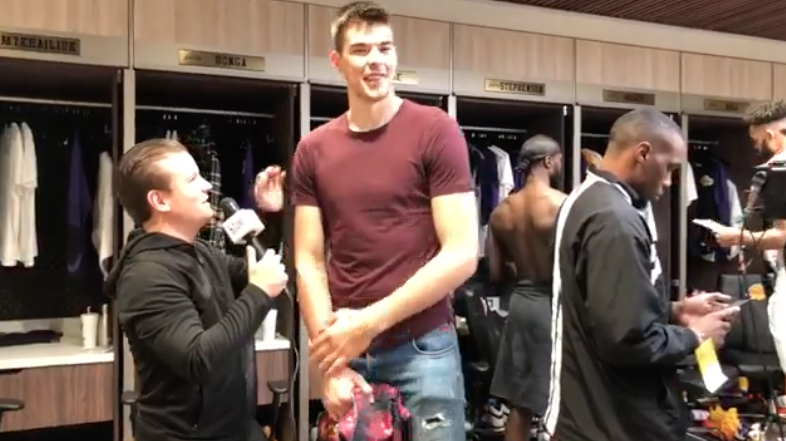 Los Angeles Lakers center Ivica Zubac talks about his “18 point-11 rebound” game against the Warriors on Christmas night and what his phone looked liked after. The third-year NBA player mentions his plans for New Year’s alongside veteran ‘Dancing’ Lance Stephenson.

Zubac had an impressive 3-game stretch in December where he shot 78% from the field, averaged 17 points, 8 rebounds and 2.5 blocks for the Purple and Gold.