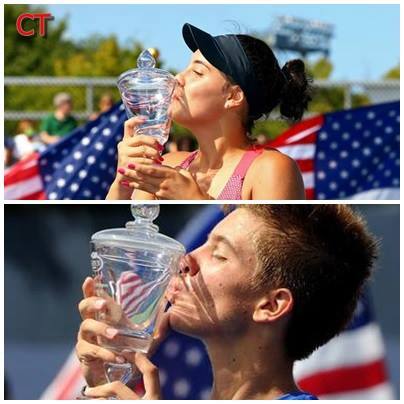 16 year-old Borna Ćorić and 15 year-old Ana Konjuh both won the US Open junior titles this weekend in New York, NY. The #4 ranked Ćorić came back to defeat Australian Thanasi Kokkinakis 3-6, 6-3, 6-1 to grab his first ever Grand Slam juniors title. The win also propels him to the #1 ranked junior male player in the world.

Ana Konjuh also came back to defeat American wild card Tornado Alicia Black in a third set tie break 3-6, 6-4, 7-6 (8). The Grand Slam win is now the second of her career after winning the 2013 Australian Open.

The future of Croatian tennis is bright at the moment; on both sides of the draw.