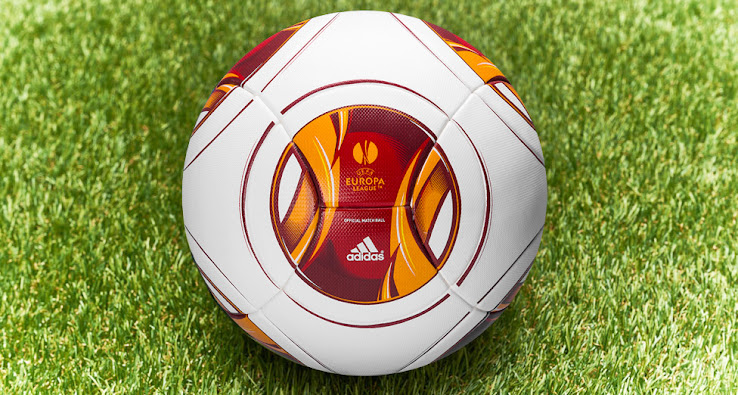 Croatia had three HNL teams in 2nd round Europa League qualification on Thursday and all three delivered wins in their 1st leg matches. The deciding 2nd leg matches are scheduled for this Thursday. Full Story Here: Croatia Comes Out Victorious

After fantastic 1st leg performances for all four HNL sides, the 3rd round qualifying draw was released, with Dinamo playing the same team they faced in the 3rd round last year, Sheriff Tiraspol, whom they beat 5-0 over two legs. The first match will be in Zagreb on July 30th or 31st. Should Hajduk advance, they will likely play Georgian runner-ups, Dila Gori. FC Dila advanced to the play-off round last year and will be a tough test for Hajduk. Rijeka’s opponents will either be Slovenian runner-ups Olimpija (who won the 1st leg  3-1) or Slovak Cup winners, Zilina. Lokomotiva’s draw is perhaps most bleak. If they advance, they will most likely face Trabzonspor (TUR), who’s squad include the likes of Florent Malouda and Didier Zokora. In all, Croatia has a great chance of advancing at least three teams into the playoff round.

Lazio is rumored to be interested in Croatian forward Mladen Petrić. Petrić is a free agent after being released from Fulham. If signed, he would compete for playing time with German legend Miroslav Klose among others. In the Ukranian Premier League, Domagoj Vida played the full match at the back for Dynamo Kyiv in a 2-1 win over Hoverla. Niko Kranjcar was not in the squad, as rumors of his exit to Besiktas persist. Darijo Srna captained Shakhtar to a 3-1 win over Sevastopol, with Eduardo out of the squad. Ivan Strinić started for Dnipro and Nikola Kalinić came off the bench in the 56th minute of their 2-0 success against Illichivets. Dnipro and Shakhtar sit on top of the Ukranian Premier League after two matches.

In the 2nd week of the Russian Premier League, Vedran Ćorluka anchored Lokomotiv Moscow to a 2-1 win over Volga and Stipe Pletikosa started in goal for Rostov as they drew 2-2 with Kuban Krasnodar. Stipe was not at fault for either goal. Corluka has recently been linked to Russian big-spenders Anzhi.

Video of the week

Ivo Karlović competed his unlikely comeback from spinal injury this weekend, winning the ATP Bogota tournament, his first title since 2010. In his tournament victory, he took down three of the top five seeds in the tournament, including world #23 Kevin Anderson. The title moves Ivo’s ATP ranking up 68 spots to #87. In his past two tournaments, he has been perfect on his serve, and not broken once.

Omg what a feeling. Life is good! Croatia’s U-20 basketball team was knocked out of the European Championships in the 2nd round with a 1-2 record. They narrowly lost to both Greece and Lithuania after advancing from the 1st round with a 2-2 record. They lost to Germany in the 11th place game. University of Denver Sophomore Dom Samać led the team with 11.4 points per game and 6.9 rebounds per game.

The U-18 European Basketball Championships began after the U-20’s finished, and Croatia finished tied for 1st in their preliminary group to advance to the 2nd round in Latvia. They will need to win their final two games to advance to the quarterfinals.

The 2013 FINA World Championships kicked off Saturday in Barcelona, with finals in diving and synchronized swimming the main action of the weekend. Croatia won what should be their toughest preliminary game over the U.S on Monday. The “Barracudas” won 9-7, with Paulo Obradović, Niksa Dobud, and Petar Muslim all contributing two goals. In addition to the water polo team, Croatia also has medal contenders in the open-water swims and the traditional swimming events, which begin in the second week of the Championships.

Sandra Perković narrowly continued her 12 month unbeaten streak as she won the Diamond League meet in Monaco, overtaking Cuba’s Yariel Barrios on her 5th throw. Her winning throw of 65.30 meters was far off her season best of 68.96, but enough to see off the competition for her 6th Diamond League win this year. She will hope to continue her form at the World Championships, which begin on August 10th.

Blanka Vlašić and Ana Šimić both came short of their season bests in Monaco, as Blanka placed third with a jump of 1.98m, and Ana finished 6th at 1.92m. Briggeta Barrett (USA), Anna Chicherova (RUS), and Blanks have all been jumping very close to one another this season and it will be a battle in Moscow for the World Championships in two weeks time.