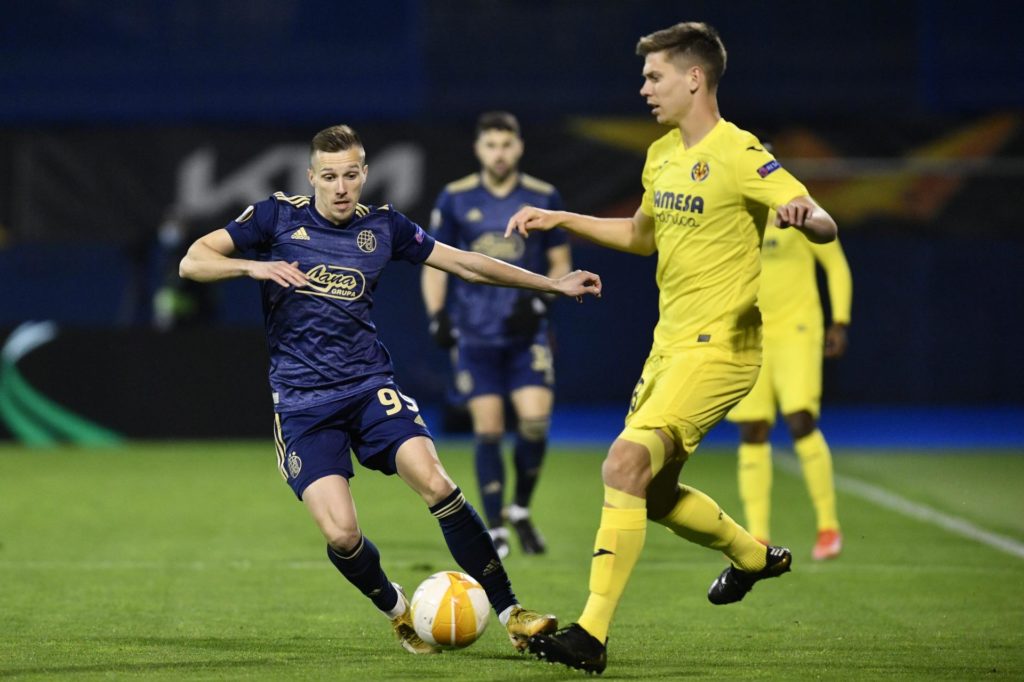 Was Dinamo robbed with that penalty call? Arm was up in the air before the ball was kicked so what is a defender to do?

Nonetheless, the PK was converted and the Villareal ‘Yellow Submarine’ will leave Maksimir with a 1-0 1st leg victory. It’s obviously not the worst result for Dinamo as they left North London a few weeks back down 2-0; with no away goals.

Dinamo had a fantastic first half against Villareal and should have put one in. They actually did, but it was called back as the play was ruled offside. Oršić had a quiet game. Majer and Gvardiol looked great! And Petković (injury) was surely missed. All is still to play for in Spain next Thursday. The 1-0 loss isn’t the worst result but Dinamo will feel they should have left with more.

It’s back to work for Dinamo Zagreb in Europa League after a ridiculous comeback against Tottenham in the Round of 16 last month. Villareal will be a tough test, however, Dinamo ducked Arsenal, Roma, Ajax, and Manchester United in the quarterfinal draw. So, they can’t be too disappointed.

There are rumblings that Josko Gvardiol could return from injury for the Villareal match. But Bruno Petković and his shoulder injury may be a larger issue than originally anticipated. The word out of Zagreb is that Petković can play through the pain and gamble, or he can get surgery which will sideline him for six months. And that means no Euro 2021.

🇭🇷 Kristijan Bistrović (23) with a fantastic long range free-kick to put CSKA Moscow 1-0 up against Lokomotiv!

Seems like he got the free-kick duties now after Vlašić’s row with the club.

Nikola Vlašić arriving for CSKA v Lokomotiv, where he has not named in the starting lineup.

Wearing the look of a man who doesn’t want to be in Moscow, but in Milan #Milan #rossoneri #CSKA 🇮🇹🇷🇺

Easy victory. Not a big deal.