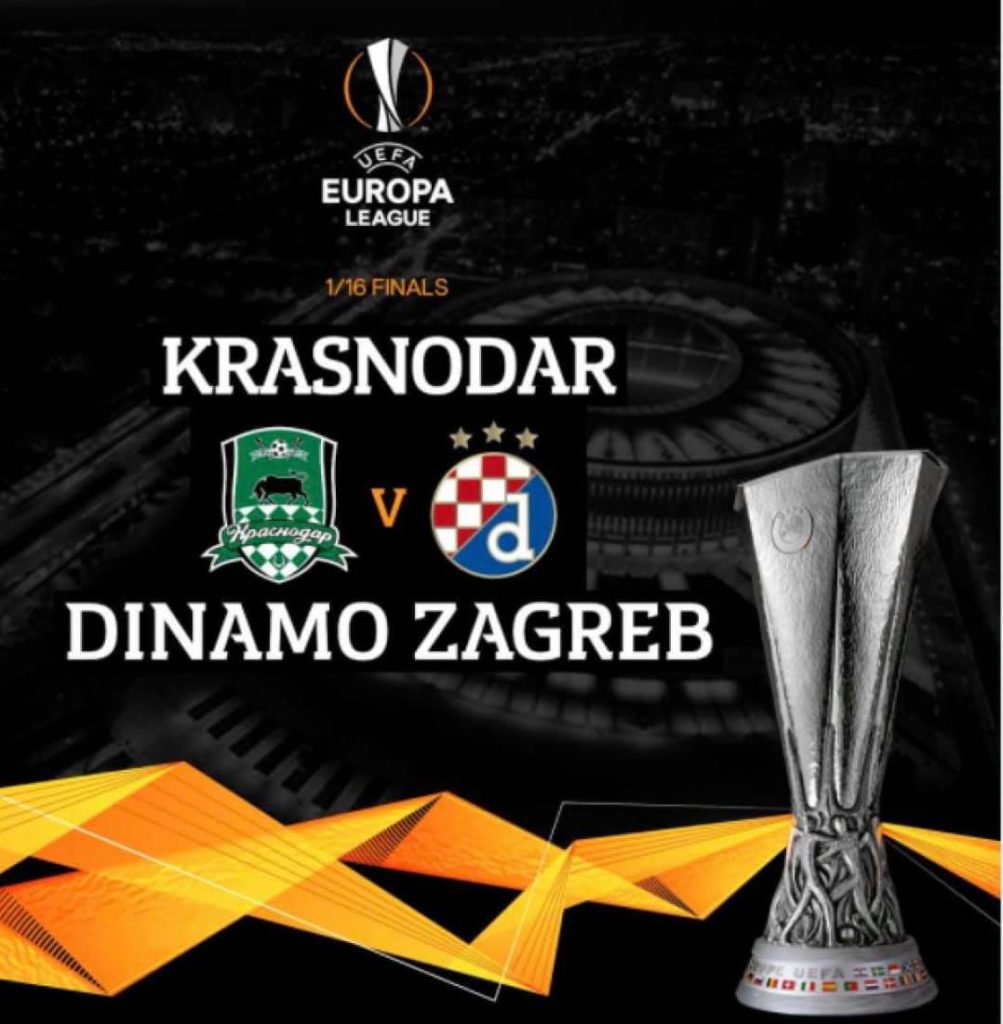 After finishing top of their Europa League group – only conceding one goal – Croatian champions Dinamo Zagreb will now face Russian club Krasnodar in the Round of 32. Matches will kick off February 18th and 25th in a two-leg affair.

Krasnodar finished third in their Champions League group behind Chelsea and Sevilla.

Not the easiest draw for Dinamo but definitely doable. Dinamo took four points off of CSKA Moscow in group stage; who are considered a better team in Russia than Krasnodar.

In Champions League news, Luka Modrić and Real Madrid will face Mario Pašalić and Atalanta in the Round of 16. Mateo Kovačić and Chelsea will play a healthy Šime Vrsaljko and Atletico Madrid. Ivan Rakitić and Sevilla take on Borussia Dortmund. Matches kick off February 16th.