Although all eyes are on this summer’s World Cup, there is still business to tend to this week as Euro 2016 qualifying begins in September. The tournament will be held in France in the summer of 2016 as it expands to 24 teams for the first time in history. This means that the top two teams in every group will qualify automatically with third place going to a play-off. It almost makes it impossible for top teams not to make it to the final dance in this extremely watered down qualifying.

But that doesn’t mean Croatia can’t get their fair share of challenges. This will be the first qualifying campaign since Euro 2008 where Croatia will not be placed in Pot 1 alongside European giants. So a date with Germany or even Spain is possible. But it also produces a possible ex-Yugoslav group where Croatia can be paired with Bosnia and Herzegovina, Serbia, Montenegro and Macedonia.

I would personally love to draw England again as it’s always fun to follow their media outlets, but a showdown with Germany, Spain or even Italy would be a fun warm-up for the tournament as Croatia does not need to finish first to qualify.

Who would you like Croatia to draw? Or more importantly, avoid? 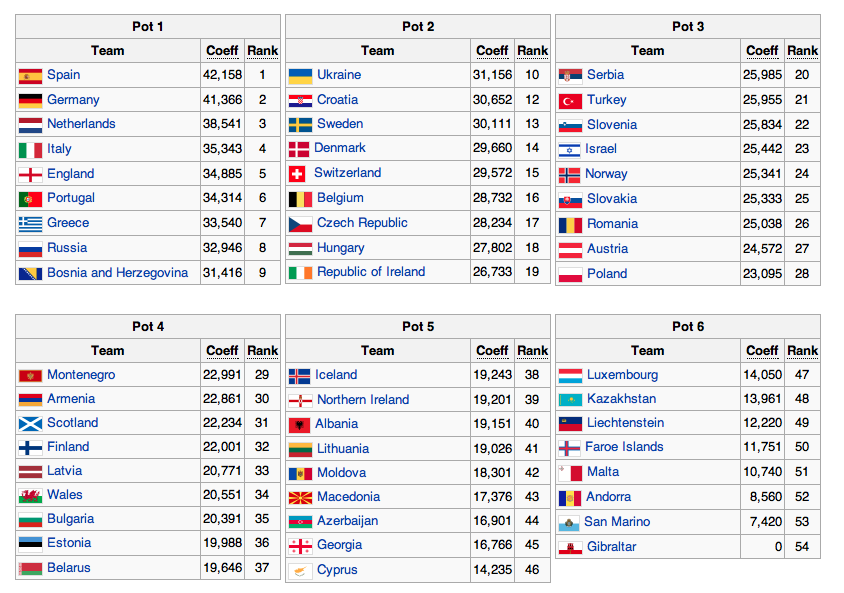