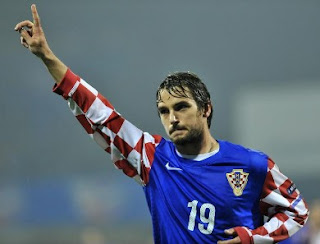 WHAT SHOULD I DO? SCORE 2 FIRST HALF GOALS AGAINST MALTA. Croatia got the job done Wednesday night against a poor Malta side, winning 3-0 with two first half goals from Niko Kranjčar and a late header by substitute Nikola Kalinić. In the end, it was just Malta, but Croatia got the job done injury-free nonetheless. Kranjčar has been spectacular in the last three Croatia games since being benched by Tottenham. Croatia end their 2010 qualifying stint undefeated, only dropping points in a 0-0 draw at home against Greece.

Luka Modrić played well in the first half, drilling a ball of the right post, while striker Mladen Petrić was non-existent in the match. The defense was never tested as Vedran Runje only had to watch a close ball sail over the crossbar. Mario Mandžukić looked poor in his performance, nearly scoring a header that sailed right past the post. Ivo Iličević came on late and didn’t have many touches even though he received a fantastic cross from Darijo Srna inside the box that should have been a solid shot on goal.

All in all, an injury-free win that puts Croatia back top of Group F heading into 2011. 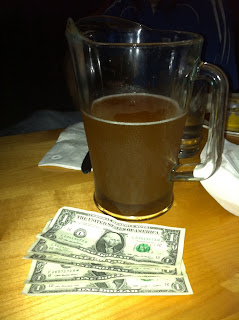 Prva Generacija and Druga Generacija dropped in Fantasy value today as not one of their members joined TEAM CSR at Alpine Village for the Malta match. However, Treća Generacija president Mishko made the long journey to join the boys for a beer and a brat. Mishko bet CSR’s Ante Kvartuč $5 that Ivo Iličević would score against Malta- he did not. Thank you for the kind donation Mishko and better luck next time.

LIVE COVERAGE OF THE MATCH AVAILABLE ON CSR TWITTER