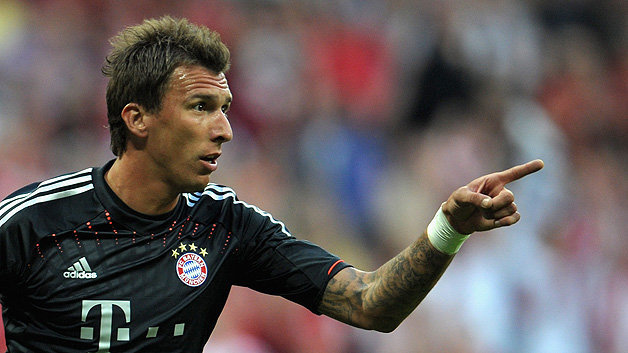 ‘Super’ Mario Mandžukić got the start for Bayern Munich Tuesday night in their Champions League Round of 16 clash with Premiership club Arsenal. Bayern took absolute control of the game in the first half, scoring two goals inside the first 22 minutes to give the German giants a 2-0 lead into halftime. Mandžukić nearly made it 3-0 before the break but his wide open header from 10 yards out whisked right past the right post.

With Bayern’s lead cut to 2-1 in the second half and Mario Gomez warming up to come in for the Croatian striker, Mandžukić got a piece of Phillip Lahm’s pass inside the six-yard box in the 77th minute to put the ball up in the air with tons of spin. With Arsenal goalie Wojciech Szczesny out of position to grab the ball, it spun into the net for to make it 3-1 Bayern.

It was Mandžukić’s first Champions League goal in his career.

The match would finish that way. Mandžukić only saw the ball a few times on the match but his fluke deflection goal and almost-header got the job done. The two clubs meet again in Germany in three week’s time.