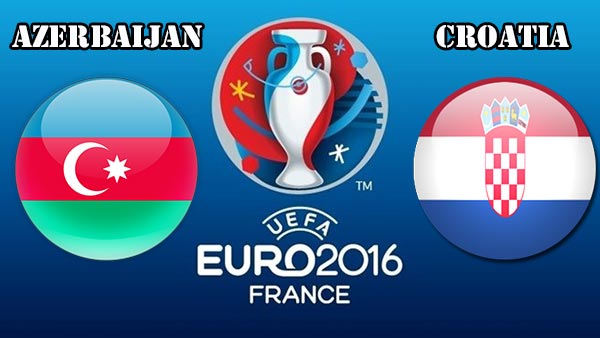 When Croatia and Azerbaijan met last October in Osijek, the Vatreni easily dismantled their competition 6-0 in front of 15,000 happy fans. They meet again in Baku Thursday with only four matches remaining in Euro qualifying.

The question is: will the real Croatia show up who can score goals with ease against a lesser talented Azerbaijan side or will Croatia’s Jekyl side come to play, who could only manage one shot on goal versus Bulgaria earlier in qualifying?

2′ Big chance for Mandzukic. Modric with a beautiful pass to Mandzo in open space, but Mandzo isn’t able to wrangle the ball in for what would have been a great opportunity to score.

7′ Perisic with a 25 yard strike that doesn’t come close in testing the keeper.

11′ Pjaca gives away a free kick 15 feet outside of their own box, but Azerbaijan can’t do anything with it.

12′ Croatia win a free kick just outside of Azerbaijan box

14′ Mandzukic tries to play quick 1 2 with Pranjic, but the ball rolls into open space that Pranjic can’t get into . How is he still starting?

22′ When a team parks the bus like this, you need wing play to open up the game. With Srna out, you realize how much these youngsters need to learn and improve in that position for us. Everything going through the middle right now

26′ Perisic delivers a ball into Mandzukic who isn’t able to head the ball home.

29′ Perisic with a near goal after Vrsaljko centers that ball into the middle of the box. Beautiful save by the Azerbaijan keeper in the low corner

31′ Another cross into the box for Mandzukic. The ball bounces awkwardly before getting to him, and just misses his head.

36′ Vrsaljko finally gets some confidence to run the ball in himself, and just misses wide with a shot that’s from just inside the box. Vrsaljko looking better as the game progresses, but just needs to improve on his confidence level.

48′ Perisic with a cross that nearly goes in the goal, but just hits the top of the bar.

51′ Pretty sure Mandzukic just missed a wide open header in front of goal. Have to see it again, but not sure how he screws that up.

53′ Badelj gives away a free kick to Azerbaijan just outside of Croatia’s box.

57′ Perisic has not stopped running. Reports saying that Kovac put a treadmill to top speed in the dressing room so he didn’t lose his energy.

59′ Mandzukic heads the ball straight into the keepers arms from 10 feet away. AAND HERE COMES KOVACIC for ba deli

61′ Rakitic has moved into a more holding MID role, while Modric and Kovacic are launched forward. I would think Modric to take that position, but let’s see how it works out.

65′ Rakitic with a beautiful pass into Mandzukic who tries to…wait for it….cutely flick it into the goal?

67′ Pjaca with a beautiful run in, lays the ball off to Kovacic who is wide open, and misses a WIDE OPEN chance on goal with a wide shot.

74′ Kovac looking at Prosinecki to see if he wants to come on and make a difference.

84′ Mandzukic puts a sitter into the keeper’s arms. What is going on?

90′ Kovacic picks up a yellow for arguing with ref. Misses next match.