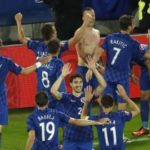 After a magnificent performance on Tuesday, Croatian fans’ hopes are sky high. Along with the fans, it looks like every major media outlet in Europe has labeled Croatia as a favorite to make it to the final. From dark horse, to possible expulsion, to the top team in the tournament, this has been one hell of a ride in such a small amount of time. That rollercoaster of … END_OF_DOCUMENT_TOKEN_TO_BE_REPLACED 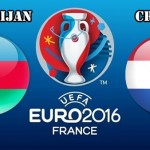 When Croatia and Azerbaijan met last October in Osijek, the Vatreni easily dismantled their competition 6-0 in front of 15,000 happy fans. They meet again in Baku Thursday with only four matches remaining in Euro qualifying. The question is: will the real Croatia show up who can score goals with ease against a lesser talented Azerbaijan side or will Croatia's Jekyl … END_OF_DOCUMENT_TOKEN_TO_BE_REPLACED 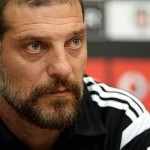 After going through a tumultuous season financially, Besiktas was hoping that Slaven Bilic would carry them to the promise land in the 2014/2015 season. Unfortunately, 3rd place was not good enough for management, and it looks like Slaven Bilic will be parting ways with the team after his contract ends on May 30th. After losing 7 points in their past 3 weeks against lesser … END_OF_DOCUMENT_TOKEN_TO_BE_REPLACED 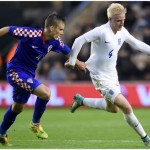 After a 2-1 loss to England on Friday, the Croatia U-21's face the Three Lions again in Vinkovci Tuesday night. The Croatians will need a victory in the second match of their Euro 2015 playoff or their run will be over. With an away goal in England already to their name, all Croatia would need is a 1-0 win to get them into the 8-team tournament next summer. Marko … END_OF_DOCUMENT_TOKEN_TO_BE_REPLACED 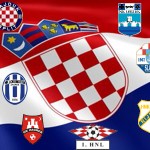 Croatia’s top flight soccer league has produced numerous world-class footballers over the 12 years it has been in existence. Nearly every player on the current World Cup roster for Croatia has spent some time developing their skills in their home country. In fact, every player on Croatia's World Cup roster except Ivan Rakitić and and Ivan Perišić have payed their … END_OF_DOCUMENT_TOKEN_TO_BE_REPLACED 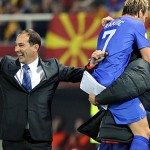 Photo: Sportske Novosti  Starting XI vs. Macedonia: Pletikosa, Strinić, Šimunić, Ćorluka, Srna, Vukojević, Perišić, Modrić, Rakitić, Mandžukić, Jelavić in a 4-4-2 formation The cardiac Croatians were at it again- this time in Skopje, Macedonia. After going down early to a 16' Ibraimi strike due to a lapse in defense, Croatia composed themselves over the next 70 … END_OF_DOCUMENT_TOKEN_TO_BE_REPLACED 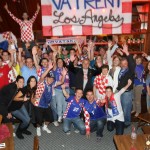 Packed House @ Alpine Village with VATRENI: LOS ANGELES Croatian Fans cheered for the first time in a long time Friday afternoon as their beloved Vatreni blanked the Turks 3-0 in Istanbul. Spirits were high from the start with Ivica Olić's second minute goal. Here's a look into the action from Alpine Village in Torrance, California. Photo: Denis … END_OF_DOCUMENT_TOKEN_TO_BE_REPLACED