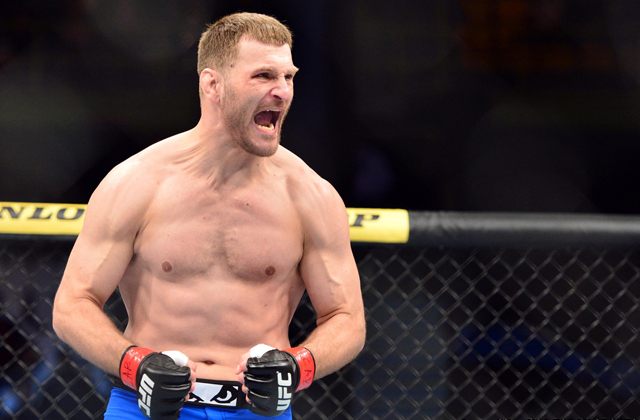 Croatian-American UFC heavyweight Stipe Miocic took care of business in 35 seconds Saturday night in Brazil against Fabio Maldonado. Miocic was originally supposed to fight Junior dos Santos in a bout that could have seen the winner get a title shot. However, dos Santos picked up an injury and the UFC gave Miocic the Main Event card against Brazilian Fabio Maldonado, who regularly fights as a light heavyweight.

It wasn’t much of a fight as Miocic quickly took down Maldonado and continued with the ground ‘n pound until he was given a TKO win 35 seconds in. Miocic is expected to get a big name in his next fight. Let’s see what UFC president Dana White decides.