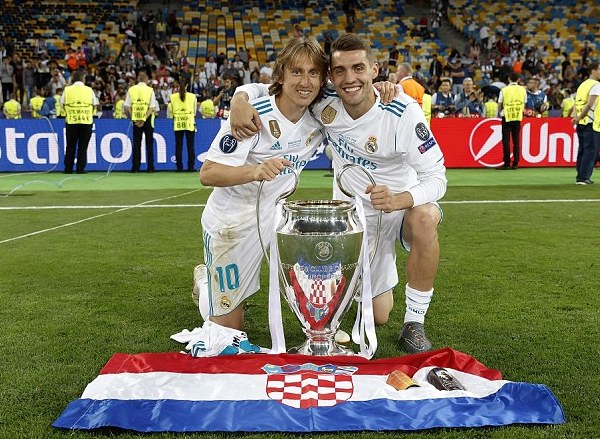 Mateo Kovačić and Chelsea did what they were supposed to do – beat Porto 2-0. Now both Chelsea and Real Madrid are 90 minutes away from meeting in the CL semifinals. If it lines up the way it is supposed to, that means we are guaranteed to have a Croatian international play in the Final for a 9th straight year – 9 YEARS!

As we all know, a Croatian has lifted then Champions League trophy eight straight years. Simply amazing! Kovačić had a quiet yet successful match vs. Porto in the first leg. Kova was given a 7/10 grade as “The Croatian was poor against West Bromwich Albion on Saturday but was much better in Seville. There is still a lack of awareness to Kovačić’s game without the ball, but there’s no denying his talent with it. It was his pass, although admittedly it was initially intercepted that led to Chilwell’s late goal.”

Chelsea had a small setback in the Premiership on the weekend – losing 5-2 to relegation candidates West Brom – but they can quickly make amends for that Wednesday night when they take on Porto in the CL quarters. Porto pipped Juventus in the previous round and are considered the weakest team left in the draw.

Chelsea spent hundreds of millions of dollars on new players in the summer. Now it’s time for Kovačić and his new friends to shine once again after defeating Atletico Madrid in CL a few weeks back.

Chelsea are favorites to go through and meet Real Madrid in the semifinal round.