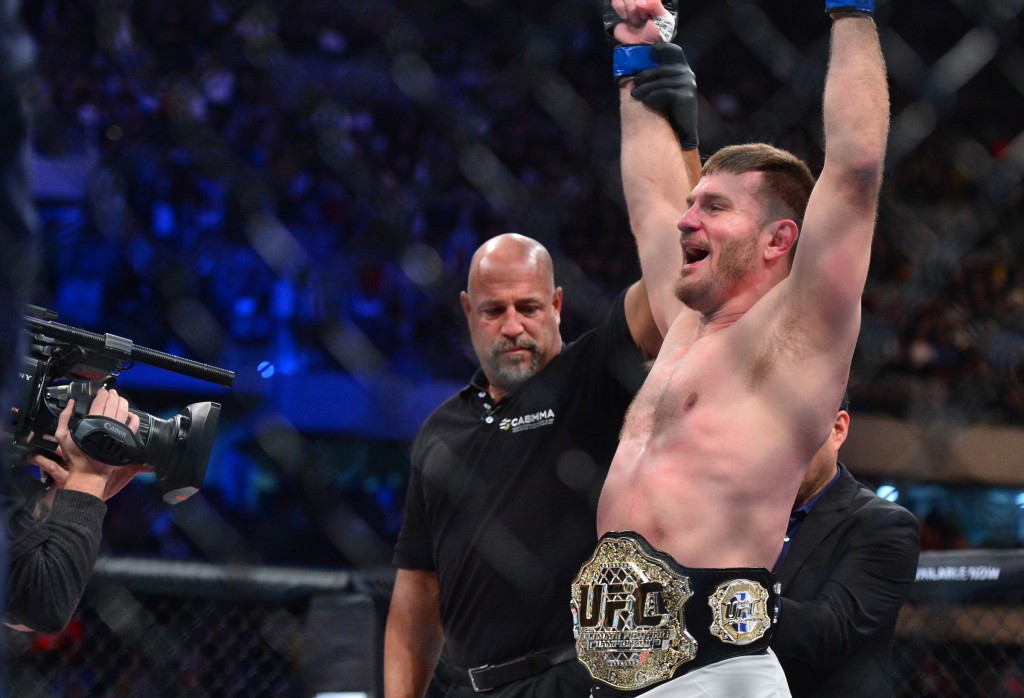 In case you missed it last night, Croatian-American Stipe Miocic knocked out Brazilian Fabricio Werdum in two minutes and 13 seconds to be crowned the new and undisputed UFC Heavyweight champion. The 33 year-old Miocic is born and raised in Cleveland, Ohio to immigrant Croatian parents. With the title, Miocic snaps Cleveland’s 51-year old streak of not having a professional champion. Obviously, UFC sits outside the four major American sports.

What’s next for Miocic?

He’s getting married in a few weeks to his fiance. However, a title defense (most likely in Las Vegas) can be expected sometime later this year.

More from the Crippler on Miocic later this week.

CroatianSports.com’s 1st Interview with Miocic in 2012