Former Croatia manager Slaven Bilić slayed yet another English giant this weekend in Jose Mourniho’s Chelsea. West Ham defeated last year’s Premier League champions 2-1 at Upton Park after both manager Jose Mourinho and Nemanja Matic were sent off. Substitute Andy Carroll would score the game winner 10 minutes after Bilić inserted him in the game (69′) and West Ham would roll to another huge victory. A quarter through the season, the Hammers sit in third place, only two points behind leaders Manchester City and have already defeated Arsenal, Liverpool, Manchester City and Chelsea.

Next big boy on their list: Manchester United at Old Trafford on December 5th. 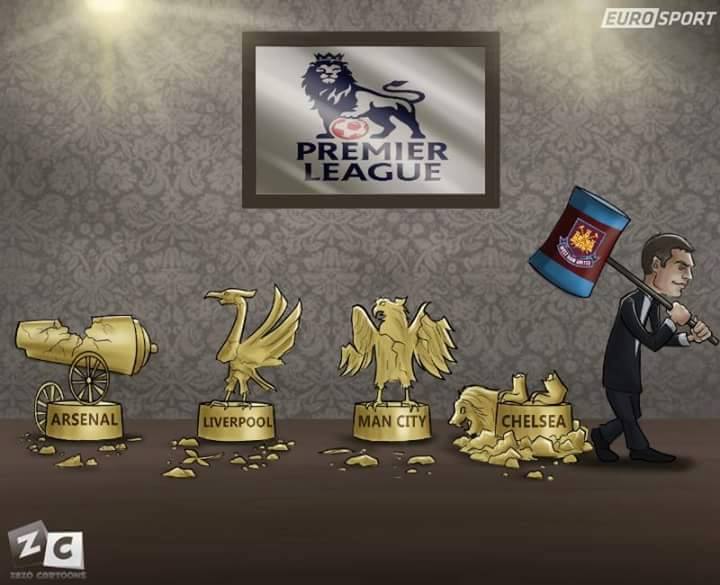 Although Bilić and his boys are riding high; it’s a long season and anything can happen. Not trying to be a ‘debbie downer’, but remember that every Croatian high followed with a low with Bilić at the helm.

If Bilić can ride out this momentum. Great. However, history says otherwise.

Not much else going on in England. Nikica Jelavić remained on the bench for West Ham. Andrej Kramarić rode the bench for Leicester City in a 1-0 win over Crystal Palace. Dejan Lovren remains sidelined for Liverpool with a foot injury. Liverpool played out a 1-1 draw with Southampton.

Luka Modrić and Real Madrid got a huge road win on Saturday defeating Celta Vigo 3-1. Modrić got the start and played 80 minutes while Mateo Kovačić remained on the bench. First half goals from Ronaldo and Danilo were enough for Real to remain in first place as Barcelona stay level on points with their rivals in La Liga. The thigh injury Modrić picked up against Bulgaria did not keep the midfielder out long at all.

Hamburger SV moved up to tenth on the Bundesliga table after shutting out Hoffenheim 1-0 on Friday night. German born, Croatian international, Ivo Iličević, started as a left winger for Bayer Leverkusen and played 64 minutes in the win. Ivo struggled to find his shot and finished with only one shot on goal in the win. Ivica Olić looked on from the bench in the win.

Former Dinamo Zagreb defender, Tin Jedvaj, missed out on Bayer Leverkusen’s 4-3 win over Stuttgart on Saturday because of injury. Jedvaj has been ruled out for the rest of the calendar year with a thigh injury. Bayer’s manager, Roger Schmidt, wasn’t thrilled with the news: “It’s terrible news. Tin was fit again and we’d already planned his comeback in close coordination with the medical department. He’s suffered a recurrence of the same injury, so we’ll have to take a close look at that. When young players like Tin suffer the same injury three times, you also have to keep their careers in mind.”

Tin told Jutarnji List:  “I have received so many phone calls from family and friends. The manager’s words have been twisted. My career is not in question, everything will be ok. I clearly don’t have any luck. We will try a new method of recovery and I think that after this I should be ok. I’m not sure how long I will be out, but I think I should return by the start of the new year.” Hopefully, the future Croatian right back can return much stronger and have a successful footballing career.

Juventus picked up a valuable three points by dominating Atalanta and registering a 2-0 win on Sunday. Former Dinamo Zagreb striker, Mario Mandžukić, started and played 77 minutes for Juventus in the win. Super Mario finally reached the back of the net for Juventus by scoring a typical-Ivica-Olić-like-goal in the 49th minute of play. Mario was in the right place at the right time to smash in a Paulo Dybala cross from the left side. Hopefully, this is the start of a new beginning for Mandžukić as he has struggled thus far to adapt to Italian football.

Ivan Perišić scored his second goal of the season and fourth goal in his last five competitive matches as Inter Milan and Palermo split the points in a 1-1 draw on Saturday night in Sicily. The former Hajduk Split prospect started at left wing for Inter and went the distance in the win. Ivan played well and scored a typical-Ivica-Olić-like-goal just after the hour mark. However, Inter couldn’t hold on to the lead and dropped points for only the fourth time this season. Marcelo Brozović looked on from the bench in the draw.

Šime Vrsaljko started and played 90 minutes at right back for Sassuolo in a 2-1 loss against AC Milan on Sunday. The former Dinamo Zagreb defender wasn’t at fault for either of the two Milan goals and played well in defeat. Sassuolo were outshot 21-4 as Andrea Consigi picked up a red card that led to an AC Milan penalty kick in the 29th minute. Should Vrsaljko start at right back for Croatia?

In a battle of top dogs, Roma came out on top with an impressive 2-1 win over Fiorentina on Sunday. Former Hajduk Split striker, Nikola Kalinić, failed to get his sixth goal of the season as he finished with four shots in 90 minutes of work. Roma were clearly the better side and pipped Fiorentina or the top spot atop the Serie A table.

Stipe Perica looked on from the bench for Udinese in a 1-0 win over Frosinone. 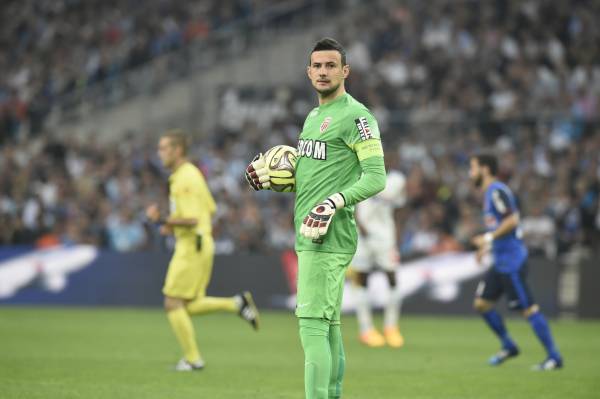 Danijel Subasic kept a clean sheet for Monaco on Sunday as they won 1-0 at Reims. Subasic made five fairly easy saves in the match and picked up a yellow card in the 90th minute for time-wasting. Mario Pasalic also started and played the full 90. Pasalic had six shots, but was not able to put any on target. He created one chance completed 34 passes. Monaco are now tied for 6th in Ligue 1, four points out from 3rd. 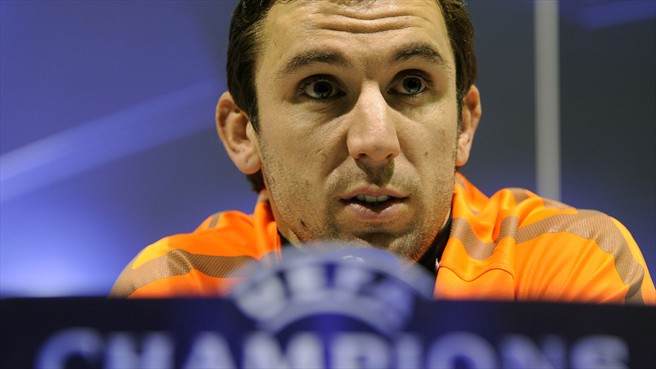 The Ukrainian Premier League had the weekend off, as teams will compete in Ukrainian Cup Round of 16 early this week. Domagoj Vida’s Dynamo Kyiv and Darijo Srna and Eduardo’s Shakhtar Donetsk both take comfortable leads into their second leg matches. 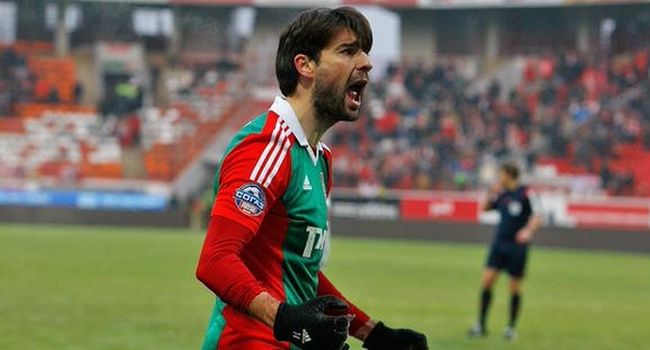 Lokomotiv Moscow and Vedran Corluka will take on FK Rostov on Monday. CSKA Moscow were held to a draw on Monday, and Loko can bridge the gap to three points with a win. 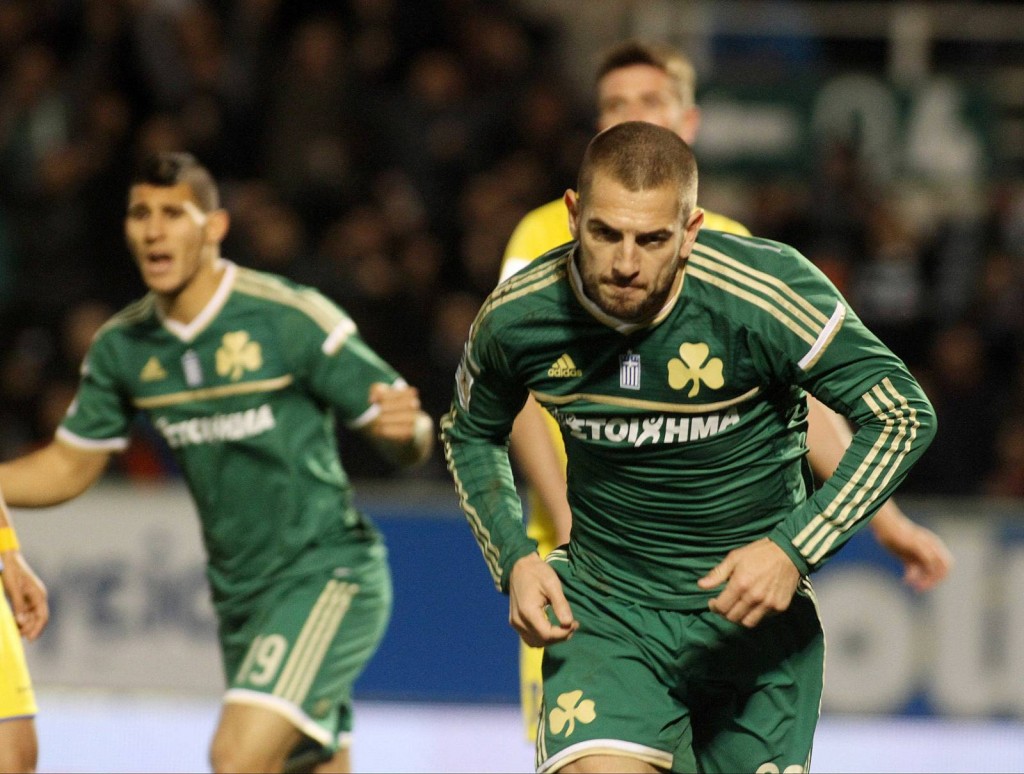 Mladen Petric came on late for Panathinaikos as they dropped a road match at PAOK 3-1 on Sunday. Petric was subbed on in the 83rd minute and failed to make an impact. Danijel Pranjic was an unused substitute. Panathinaikos remain second in the Greek Super League after eight matches.