Ivan Rakitić was ‘Man of the Match’ Sunday as Barcelona scraped by for a 1-0 road win at Athletic Bilbao. Rakitić played the full 90 minutes and scored in the 21st minute when Arda Turan sent a soft, looping cross from the edge of the box onto the head of the streaking Croatian. It would be the only goal of the game as both sides had multiple chances in the match. Rakitić should have been called for a foul in the box in the 90th minute, however, it was not called. With the win, Barcelona start their season perfect in the first two games.

Luka Modrić played his first La Liga game of the season Saturday as he was suspended last week due to yellow card accumulation. Modrić got the start and played 69 minutes in a 2-1 Real Madrid win over Celta Vigo. Los Blancos are on par with Barcelona through the first two games of the season. Modrić had a fantastic 20-yard run during the match which resulted in a laser beam shot off the crossbar. Modrić has become much more aggressive with his shots in the past 12 months. The match against Turkey at Euro is a prime example. Mateo Kovačić rode the bench in this match.

Duje Čop played the full 90 minutes for Sporting Gijon in a 0-0 scoreless draw at Alaves. Čop hasn’t scored yet for his new club but it appears he will be the #1 striker for Sporting after coming over on loan from Malaga last season. Šime Vrsaljko finally made the bench for Atletico Madrid but did not see the field against on Leganes. Atletico have started the season with two draws and are already four points behind league leaders Barca and Real Madrid.

Dejan Lovren played the full match for Liverpool on Saturday in a 1-1 draw at Tottenham. Liverpool got on the board first from a first half penalty just before halftime but Danny Rose would equalize for the Spurs in the 72nd to chop the points. A cross from the corner wasn’t cleared by the Liverpool defense and Rose was left wide open in the middle of the box to slam home. Lovren was not at fault for the goal. Let’s see what kind of role Lovren will play for Croatia going into next weekend’s World Cup qualifier against Turkey. 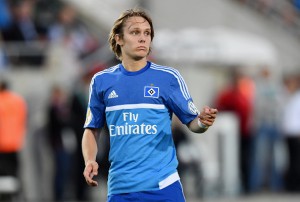 Alan Halilovic played the final 24 minutes for Hamburg as they drew 1-1 with Ingolstadt in their first Bundesliga match. Halilovic failed to make much of an impact, as he had just ten touches and seven passes.

Tin Jedvaj played the full match for Bayer Leverkeusen at right back as they fell 2-1 at Borussia Moenchengladbach. Jedvaj was partially responsible for one of his side’s conceded goals, as he failed to keep level with the rest of his defensive line.

Andrej Kramaric started and was subbed of in the 79th minute as Hoffenheim drew 2-2 against newly promoted Red Bull Leizpig in their first match of the 2016/17 campaign. Kramaric was kept quiet, firing one shot off target and creating zero chances as he spent much of the game on the wing.

Ante Rebic’s start at Eintracht Frankfurt has been put on hold, as the winger has contracted mononucleosis, which will likely result in an extended stay on the sidelines. 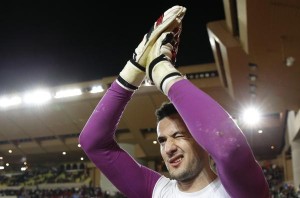 Danijel Subasic was in goal on Sunday for Monaco as they pulled off a 3-1 win over French giants PSG. Subasic made two easy saves in the match and was not at fault for PSG’s lone goal. The victory gives Monaco seven points through three matches, which puts them in a three way tie at the top of Ligue 1. 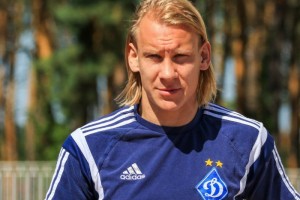 Domagoj Vida made his first start since his concussion on Saturday, as Dynamo Kyiv were shocked in a 2-0 home defeat to Vorskla. Despite out shooting the opposition 18-6 and keeping the ball 68% of the time, Kyiv were unable to score. Kyiv’s first lost leaves them with 15 points through 6 matches, three points behind still perfect Shakhtar. 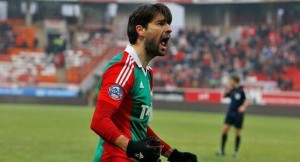 Vedran Corluka started for Lokomotiv Moscow as earned their first win of the season at FC Krasnodar on Sunday. Corluka picked up a yellow card just before halftime as his side won 2-1. Lokomotiv have four draws and a win after five matches in the Russian Premier League, which leaves them in 9th place.

Juventus begins the season just like they finished the last one. After 2 rounds, Juventus secured all six points following the 1-0 away win vs Lazio on Saturday afternoon. After a blocked first half, the Italian title holders managed to go ahead with Khedira in the 21 minute of the second half and secure an important 3 points. In spite of the acquisition of Higuain, Mario Mandžukić was a starter for the second match in a row for the bianconeri. The former Atletico Madrid star is not involved in the game in the first half as his team struggles to move the ball forward. In the second half, the Croatian international manages to touch some more balls and registered a shot. However the ball bounces too high and his shot is weak and central. He came off in the 20th minute of the second half, right before Juventus scored.

Gazzetta dello Sport ratings: Mario Mandžukić 5,5 “Plays the first half in a Saharian climate. The big Croat is not involved as much. The only shot in the second half comes from him. Subbed before the 1-0.”

Marko Pjaca made his debut in serie A when he came on with 3 minutes to go. In spite of the limited time, the former Dinamo player showed glimpse of his potential with a good dribbling display and shot.

Gazzetta dello Sport ratings: Marko Pjaca: “No vote Too little to judge. Enough for dribbling and a shot to be mentioned.”

Inter only have collected one point so far after a disappointing 1-1 home draw vs one of the weakest Palermo ever to my memory. Ivan Perišić makes his seasonal debut from the first minute as an offensive wing in the 4-3-3 that the new manager Frank De Boer has designed for the team. Who knows the dutch manager would expect his team to try and find the wingers for isolation play and probably Palermo know that well too. As a result, Inter possession is slow and rarely the plan is followed. The former Wolsburg star looks on and off the match too often and he is the only dangerous player in the team in the first half together with Medel even though he cannot seem to be able to display the same skill set he usually shows in the national team. Then starts vanishing in the second half when he eventually comes off in the 67 minute for Candreva with the team down 1-0.

Mario Brozović watched the match from the bench. The former Dinamo star is rumored to be on the verge of leaving the team after the nerazzurri brought in the european champion Joao Mario. Juventus officially made an offer but Inter have stated that they are willing to sell him only abroad. However is market tally, reportedly in the region of 25-30 million, has so far scared away interested teams. A move from Chelsea is expected this week. Whether or not it will be a positive one remains to be seen.

Josip Posavec plays from the first minute for Palermo. The former Inter Zaprešić goalkeeper saves what can be saved and nothing more he can do on the equalizer for the nerazzurri. Another solid performance.

Ivan Perišić 5 “Moves more than Eder, but looks out of the game. Only a central header before being subbed.”

Josip Posavec 6 “Helped by imprecise finalization from his opponents, he is nonetheless ready when called to action. Not guilty on Icardi.

Udinese beat Empoli 2-0 at home to secure 3 points. Stipe Perica comes on in the 19 minute of the second half for a mediocre Zapata. The striker from Zadar plays his best match in Serie A as he manages to win a red card when fouled by Laurini an then eventually comes strong out of a hard tackle and goes on to score the ultimate 2-0. Andrija Balić watched his teammates from the bench once again.

Fiorentina beat Chievo at home 1-0 and get their first 3 seasonal points under their belt.
Hrvoje Milić makes is unexpected serie A debut due the unavailability of the viola captain Gonzalo Rodriguez which forces Paulo Sousa to play Alonso in the centre of the defense. The former Hajduk player has a good impact on the game. Does not struggle to defend and manages to make himself available in the right position on the offensive end. A positive performance. Paulo Sousa knows he can count on the Croat for a left spot.

Milan Badelj starts from the bench but eventually plays almost the entire match as he comes on in the 9th minute following to an injury occurred to his team mate Vecino. The former Hamburger star plays a solid match made of geometry and tackling whenever needed. Nothing impressive, but nothing less that one would expect from him.

Nikola Kalinić is also a starter for la viola and goes on for the whole 90 minutes. The former Dnipro star is never dangerous though nonetheless plays his usual match with sacrifice and team spirit. He is reported to be on Napoli’s radar who apparently are still looking for a striker. The parties still seem to be distant as Fiorentina valued Kalinić at 35 million euros. Napoli are not willing to pay cash but have offered Gabbiadini + 10 million euros while la viola is reported to like the player but would rather have another 5 million euros.

Milan Badelj 6: “Not in shape yet, but makes no big mistakes.”

Nikola Kalinić 6,5:”A precious trampoline for his teammates.”

Sampdoria top the table with 6 points as they beat Atalanta at home 2-1. Ante Budimir comes on in the 28 minute of the second half for Quagliarella. The former Crotone star is rumored to be probably leaving Genoa out on loan back to Crotone who are desperately looking for a striker.

Ante Budimir: 6 “Gave a precious hand in the final part of the match.”