Below is the Croatian X-Men:First Class movie poster. CSR wants to thank all of our Prva Generacija members who have stuck with us from the beginning. CroatianSports.com looks to launch in the next week. Stay tuned. 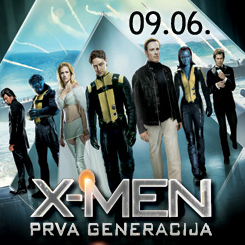