After multiple unimpressive attempts at goal by the Tottenham offense in Wednesday night’s match versus Bolton, Luka Modrić finally got Spurs on the board in the 37th minute following a corner kick, blasting the ball from 26 yards out into the top-right corner of the net. The goal gave Tottenham a 1-0 lead going into halftime, with Spurs seeking a top-4 finish as Chelsea lost to Newcastle 2-0 on the night.

Modrić pulls one of these goals out of his bag of tricks ever so often. If he was more consistent with these type of long-range shots, he would truly be considered a complete offensive threat as opposed to just a passing wizard. However, Modrić also setup Aaron Lennon’s assist to Adebayor in the 62′ with a crisp through-ball.

Spurs won 4-1 with Bolton’s Ivan Klasnić coming into the match off the bench in the 70′.

Cisse to Modrić: “Whatever you can do, I can do better”

Newcastle United shocked Chelsea 2-0 at Stamford Bridge Wednesday night keeping them level on points with Tottenham for England’s last Champions League berth. With only two games remaining in the season, this surely means that Chelsea will not see  the Champions League tournament next year unless they defeat Bayern Munich on May 19th to receive an automatic bid as defending champs. Remember, if Chelsea do defeat Bayern, only England’s top three clubs will make Champions League next season. Modrić and Spurs sit one point behind Arsenal for a guaranteed berth. 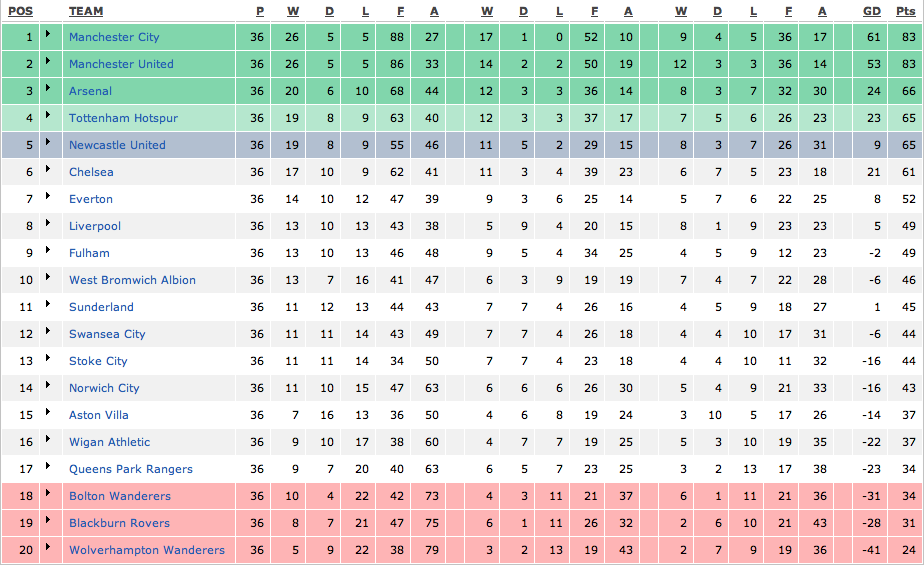