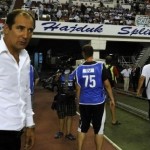 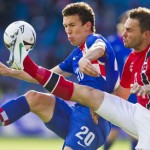 Photo: AP   It was a lackluster first half in Oslo as Norway and Croatia played a scoreless affair in a friendly match. There was little offense by the Vatreni with Ivan Perišić replacing an ill Luka Modrić in the midfield. The attacking duo of Mario Mandžukić and Nikica Jelavić had few touches, and even fewer scoring chances. Without a creative midfielder to dictate the … END_OF_DOCUMENT_TOKEN_TO_BE_REPLACED 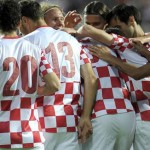 Photo: Jutarnji   Starting XI vs. Estonia: Subašić-Strinić-Schildenfeld-Ćorluka(c)-Vida-Perišić-Badelj-Dujmović-Iličević-Eduardo-Kalinić     Croatia v Estonia Match Highlights     ---------------------------------------     Croatia open up their summer account on Friday as they host Estonia in the first of two friendlies before Euro 2012 kicks off against Ireland on … END_OF_DOCUMENT_TOKEN_TO_BE_REPLACED 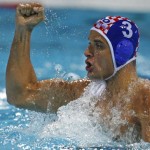 Photo: Reuters     The Croatian national water polo team will face the Unites States in their final exhibition match before the London Olympics kick off in August. The friendly will be played at the Rose Bowl Aquatics Center in Pasadena, California (located 10 miles north of Downtown Los Angeles) on Friday, June 1st 2012 with a 6:30PM start.    Team CroatianSports.com will … END_OF_DOCUMENT_TOKEN_TO_BE_REPLACED 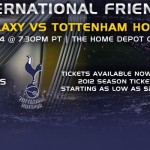 Photo:LA Galaxy     Tottenham Hotspur announced today that they will be coming back to the States for a two-game American tour to play MLS champions Los Angeles Galaxy at The Home Depot Center (July 24th) and New York Red Bulls at Red Bull Arena (July 31st). But before you go out and start buying tickets for either of these two friendlies, just know that Luka Modrić and/or … END_OF_DOCUMENT_TOKEN_TO_BE_REPLACED 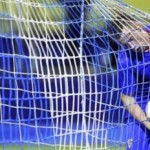 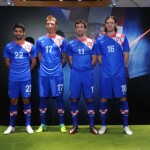 Photo: Facebook/NikeHrvatska     Croatia open up their 2012 campaign Wednesday night in Zagreb against Sweden in a friendly. It will be the first of three friendlies for the Vatreni as they prepare for Euro 2012 in June, where they will meet Ireland, Italy and Spain in group play. However, don't expect much from this match.    With most players in the final run of their … END_OF_DOCUMENT_TOKEN_TO_BE_REPLACED