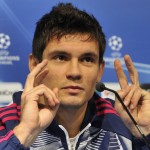 Photo: The Offside Lyon   Croatian defenseman Dejan Lovren suffered a right foot injury during Lyon's 1-0 Coupe de France final victory on Saturday and had to be stretchered off the field in the 18th minute of play. The severity of the injury is still unknown and may be linked to Lovren's achilles. The French Press Agency (AFP) has reported that Lovren is doubtful for … END_OF_DOCUMENT_TOKEN_TO_BE_REPLACED 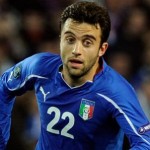 Photo: FootballJustice.com     Looking forward to Euro 2012 Group C, involving Spain, Italy, Croatia and Ireland, a majority of the world consensus has already given top spot to reigning Euro champions and current World Cup winners Spain. With that said, second place is up for grabs and is a virtual coin-flip between Italy and Croatia. With less than two months before kick … END_OF_DOCUMENT_TOKEN_TO_BE_REPLACED 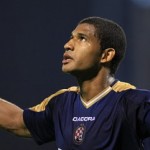 Photo: UEFA FIFA, the governing body for world football, has cleared Brazilian-born Dinamo Zagreb striker Jorge Sammir Cruz Campos to play for Croatia on the international stage. The 24 year-old moved to Croatia in 2006 at the age of 19 to play for Dinamo Zagreb on loan from Brazilian club Atletico Paranaense. He was later bought by the current Croatian champions and has … END_OF_DOCUMENT_TOKEN_TO_BE_REPLACED 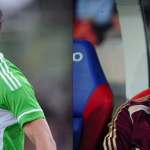 As voted on by CroatianSports.com Nation, the 2011 'Bust of the Year' will be shared by two Croatian soccer players: one capped and the other uncapped, respectively. Dejan Lovren and Srdjan Lakić did not live up to their potential in 2011. Srdjan Lakić was supposed to have an electric year after starting the 2010-11 season on fire for German Bundesliga club Kaiserslautern. … END_OF_DOCUMENT_TOKEN_TO_BE_REPLACED

Photo: Drago Sopta/Cropix   The croatian National side celebrate their Euro 2012 berth Tuesday night in Zagreb It's been a long journey through qualification, where coach Slaven Bilić's head has been called for, but in the end, Croatia will be one of the final 16 teams at Euro 2012 in Poland and Ukraine. After a dream 3-0 win in Istanbul this past Friday, Croatia … END_OF_DOCUMENT_TOKEN_TO_BE_REPLACED 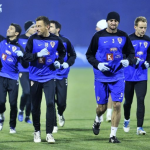 Photo: Drago Sopta/Cropix Training on Sunday from Maksimir Croatians around the world have waited for this day three long years. On Tuesday night in Zagreb, Croatia will be able to exonerate the ghosts of Euro 2008 and that dreadful penalty shootout loss to Turkey. Some of you would call it revenge, others atonement. But with Croatia's 3-0 win in Istanbul this past … END_OF_DOCUMENT_TOKEN_TO_BE_REPLACED 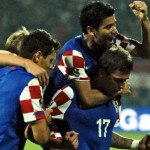 Croatia defeat Latvia in their Group F finale, await playoff draw on Thursday It was a much smaller crowd at Alpine Village Tuesday for the Latvia match as Greece took the sails away from many Vatreni fans in the Southern California area. But that doesn't mean we were short of personality. The fans cheered every goal against Latvia like it was a World Cup final with … END_OF_DOCUMENT_TOKEN_TO_BE_REPLACED

Below is the Croatian X-Men:First Class movie poster. CSR wants to thank all of our Prva Generacija members who have stuck with us from the beginning. CroatianSports.com looks to launch in the next week. Stay tuned. … END_OF_DOCUMENT_TOKEN_TO_BE_REPLACED