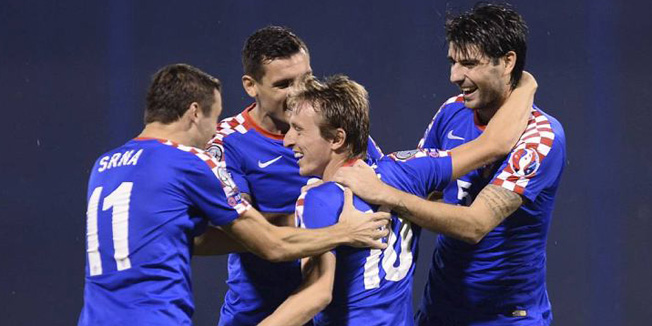 Goals from Modrić and Kramarić got Croatia past 10-man Malta Tuesday night in Zagreb to open up Euro 2016 qualifying. But shouldn’t we expect more from a team that fields players from the best teams in Europe? Let’s look at the numbers. 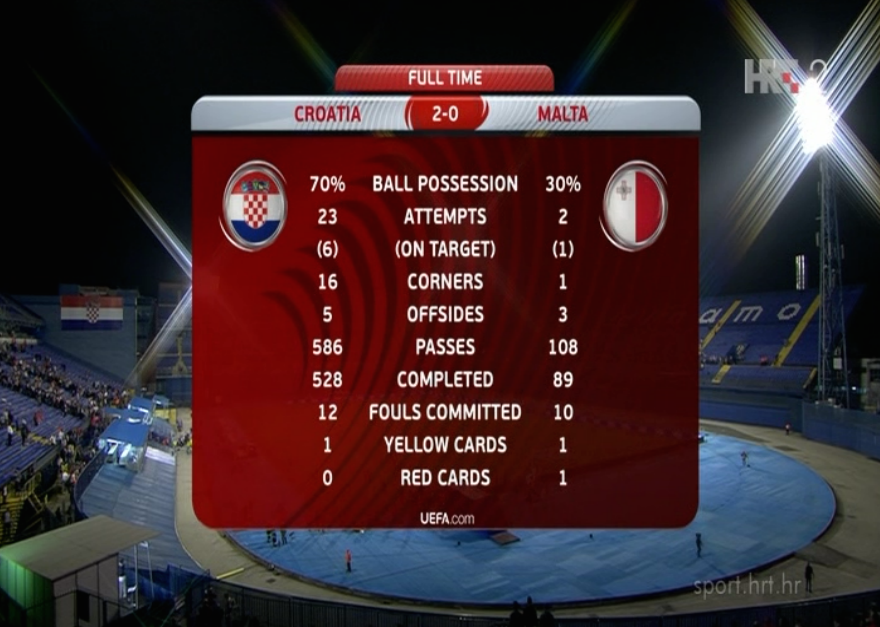 Croatia controlled ball possession for 70% of the match, had 23 shots on goal, but could only score twice against a 10-manned Malta team. Finishing, as always, was the problem with Croatia not moving up the field quick enough. The Vatreni did not have a first half goal and should have put at least four or five past the Malta keeper.

Although Croatia got the result they were looking for and got the kids in the match, they treated this as a mere friendly. Question is: Was Niko Kovač okay with this result after a poor result or should we expect this team to bury goals against weaker European sides like Malta?

My issue for the past 2 years has been attacking pace of the team. If they cranked it up another 10% running up field, more goals would be flowing. Let’s see what they come up with in October, when they travel to Bulgaria and host Azerbaijan. 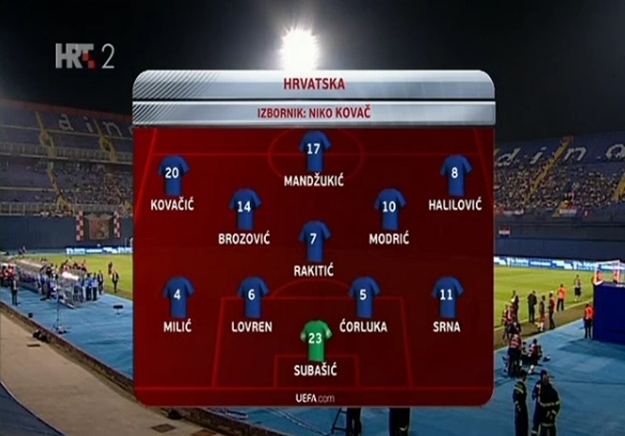 Euro 2016 qualifying begins Tuesday for Croatia, where they will face perennial European minnows Malta from Maksimir at 2:45PM (ET).

No game is ever a lock, and that was proven when Croatia drew Malta in World Cup 2006 qualifying and lost to Scotland twice last campaign, to name a few, but we should be comfortable with earning three points Tuesday night. In this watered down Euro 2016 format, where half of Europe will qualify (24 teams), it will be nearly impossible for Croatia not to make the cut. The top two teams in the group automatically go to France while third place plays in a two-legged playoff.

In a group which consists of Italy, Norway, Bulgaria, Azerbaijan and Malta, Croatia should finish in the top two with both matches against Italy ‘pride games’ as the Azzurri have never defeated Croatia.

Croatia will qualify for Euro 2016, but it’s how they do it what is more important to me. Will they throw fans on the emotional roller coaster like they did last year, or pummel through the opposition like they did against England in Euro 2008 qualifying?

The kids are ready to play with the seasoned veterans. What can the two sides cook up together?