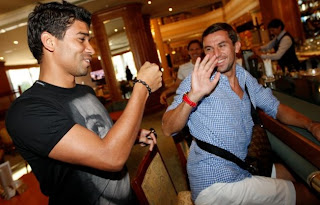 SRNA NOT FEELIN’ THE FIST PUMP FROM EDUARDO
After a 3-0 trumping over Latvia on Friday, the Vatreni will take on fellow Group F contenders Greece this Tuesday at Maksimir in Zagreb. The 2004 Euro champions shockingly drew at home against Georgia 1-1 this past week making them look extremely vulnerable. Croatia can set their precedence on the group with a win against Greece on Tuesday. They got off to a slow start against Latvia but finished strong. With Luka Modrić being rumored to be available for the Greece game; anything but a win would be disappointing. Ivan Strinić should finally be tested in defense and Slaven Bilić will have a decision to make regarding starting Ognjen Vukojević in the midfield compared to other worthy teammates.

GROUP F STANDINGS AFTER ONE GAME

LIVE COVERAGE OF THE MATCH AVAILABLE ON CSR TWITTER