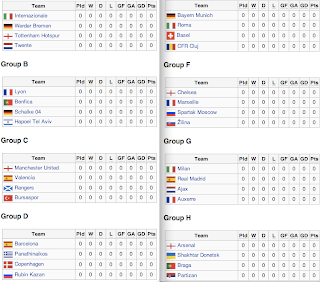 2010 CHAMPIONS LEAGUE GROUPSTottenham face off against the current European champions while Eduardo returns to the Emirates for the first time as Shakhtar face Arsenal. Bayern Munich have an easy route to the knockout round while Rakitić and Lovren face each other. Should be another great Champions League, especially with so many Croatians involved. 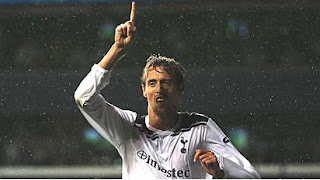 CROUCHIE BAGS A HAT TRICKThe Crottenham Hotspur overcame a 3-2 first leg defeat Wednesday night as they destroyed Young Boys 4-0 to progress to the Champions League group stage. Luka Modrić did not play as he rests an injury while Niko Kranjčar was subbed into the game 81 minutes through. Vedran Ćorluka played the full match in the rain to keep the Swiss opposition scoreless.

Yahoo Sports is also reporting that Tottenham will sign goalie Stipe Pletikosa to a one year loan with the North London club. With current Tottenham #1 Heurelho Gomes injuring himself Wednesday night against Young Boys, we all knew what manager Harry Redknapp’s next move was. That would make it four Croatians at Tottenham and 11 total in the Champions League group stage this year.

Ćorluka, Modrić, Kranjčar, Pletikosa, Olić, Pranjić, Rakitić, Srna, Eduardo, Lovren and Jelavić would all play at least six games against Europe’s Elite. I don’t remember a time where more Croatians played in starting roles during a Champions League campaign. However, Nikica Jelavić’ future lies in the hands of Aston Villa. Jelavić can only play Champions ball if Aston Villa boots Rapid Vienna out of the Europa League.

THANKS TO JP AND ZACH G. FOR THE BREAKING NEWS!