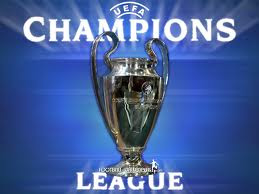 Ognjen Vukojević and Dynamo Kyiv take on Dutch giants Ajax while Nikola Pokrivač and Red Bull Salzburg take on Hapoel Tel-Aviv for a chance to play with the big boys. EUROPA LEAGUE PLAYOFF DRAWHajduk Split will return to Romania for a second straight round as they take on Unirea Urziceni. Hajduk should be happy with this draw as they escape facing CSKA Moscow and Bayer Leverkusen. Could the boys from Split pull off another victory to reach the Europa League group stage? It’s definitely possible.

Dinamo Zagreb also receive an easy draw playing neighbors to the north, Hungarian side Győri ETO. It should be an interesting tie as the two cities are only a 150 minute commute by car. Will the BBB behave in Hungary?

Gordon Schildenfeld and Sturm Graz have a heavy task versus Italian legends Juventus.

Nikica Jelavić will play for Rapid Vienna against Aston Villa if he isn’t transferred beforehand. This is a rematch of last year’s Europa League match where Rapid shocked Villa. Jelavić scored and played excellent in the two games.