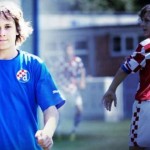 It appears 17 year-old Dinamo Zagreb 'wunder kind' Alen Halilović is finally on his way out of Zagreb. After months of speculation where he would play after his Dinamo Zagreb contract expired, we found out Thursday that Spanish champions FC Barcelona beat out Tottenham, Bayern Munich and Manchester City for the services of the kid. On his official Twitter page Thursday, … END_OF_DOCUMENT_TOKEN_TO_BE_REPLACED 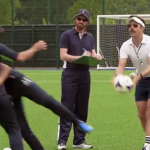 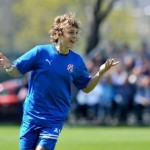 Just over a week ago, media in Croatia had reported an impending deal for 20M Euro from Tottenham for Alen Halilović and Tin Jedvaj. Early this morning, news came out of Italy stating that Jedvaj was completing a physical for Roma. With the news many turned to Tottenham to see what they were going to offer Halilović. Soon after the Jedvaj news, reports also came out the the … END_OF_DOCUMENT_TOKEN_TO_BE_REPLACED 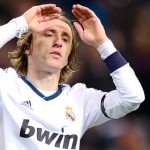 Photo: Fox Sports Croatian superstar, Luka Modrić, has been voted La Liga's biggest bust of the season thus far, alongside Barcelona's Alex Song, in a recent poll conducted by Spanish newspaper Marca. Modrić was a late transfer to Real Madrid in the summer of 2012, coming over from Tottenham for a staggering £33 million. However, he hasn't lived up to all the … END_OF_DOCUMENT_TOKEN_TO_BE_REPLACED 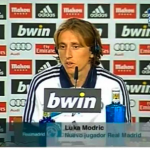 Photo: Real Madrid Croatian star midfielder Luka Modrić has finally completely his much anticipated transfer to Real Madrid from Tottenham Hotspur. Modrić passed his physical at the Santiago Bernabeu Stadium in Madrid on Monday, inking a five-year deal. Madrid paid £33 million ($52.2 million) for Modrić, who will wear #19. Real Madrid will once again take part in the … END_OF_DOCUMENT_TOKEN_TO_BE_REPLACED 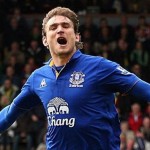 ENGLAND Photo: EuroSport     After going scoreless in his past two games for Everton, Nikica Jelavić ended the season on a high note, scoring in the 27th minute against a tough Newcastle United team in a 3-1 win. Jela made the run down field and had the ball put over the top to him. He appeared to handle the ball with his arm before he fired strong towards net. … END_OF_DOCUMENT_TOKEN_TO_BE_REPLACED 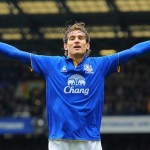 ENGLAND Photo: EuroSport     The Croatian Juggernaut has let us all know that he's not stopping anytime soon. Everton's prized winter transfer, Nikica Jelavić, scored two more goals on Saturday in a 4-0 win over Fulham. The £5.5million man now has 10 goals in an Everton jersey from only 10 starts, and is heating up just in time for Croatian manager Slaven Bilić to … END_OF_DOCUMENT_TOKEN_TO_BE_REPLACED 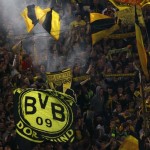 Photo: Reuters With European domestic seasons winding down, the right win against the right team can just about seal the deal for a 2011-12 title. That's exactly what happened to Ivan Perišić and Borussia Dortmund on Wednesday as they hosted German giants Bayern Munich, who at the beginning of the day, were only three points behind last year's Bundesliga champions. After a … END_OF_DOCUMENT_TOKEN_TO_BE_REPLACED

Germany  PHOTO: Bundesliga Ivan Perišić(center) thought he scored the game winner for Borussia Dortmund on Saturday In what will surely be the Bundesliga game of the year, Stuttgart came from behind twice to stun Borussia Dortmund 4-4 at Signal Iduna Park on Friday. Former Hajduk Split midfielder, Ivan Perišić, came on for Kevin Großkreutz in the 79th minute and … END_OF_DOCUMENT_TOKEN_TO_BE_REPLACED